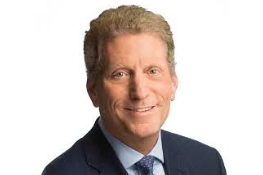 Scott is founder and Managing Director of Gemini Capital in London. Until founding Gemini he was a Partner of Dial Partners in London, a corporate finance advisory firm assisting companies in mergers and acquisitions, capital raisings and other strategic initiatives.

Scott has extensive relationships developed over 20 years with multinational corporations, sovereign wealth funds, institutional investors and family offices which facilitate carrying out fund raising and corporate and strategic initiatives on behalf of a range of clients.

Scott was previously with Morgan Stanley & Company in New York in the International Capital Markets group. Earlier positions include corporate finance, fixed income and equity sales and syndication with LF Rothschild in New York and the US offices of the OECD in New York.

Scott received his Doctorate in Law and MBA degrees with distinction at the University of North Carolina at Chapel Hill. Scott is particularly involved in the following areas:

Among other activities Scott is a Board member of Globomass (www.globomass.com) (developing Biomass energy facilities around the world for generating clean energy from renewable sources).

Scott is also a founding board member of OmniCyte, the stem cell company conducting pioneering research to address a wide range of maladies including diabetes, liver disease, heart conditions and post-stroke care. The founder of the company is Professor Nagy Habib, Chair of Surgery at Imperial College in London (the largest medical infrastructure in Europe) and the Chairman of the company is Sir Richard Sykes, previously Executive Chairman of GlaxoSmithKline PLC.

Scott is on the Board of Theseus Ventures in Mumbai, which provides high-level strategic and financial advice to companies around the world who are interested in expanding in the Indian market, and also advises Indian multinationals in expanding their overseas activities. Theseus has completed transactions (listed as well as private equity) in excess of US $ 20 billion in the fields of Oil & Gas, Resources, Steel, Energy, Telecoms, Biotech, IT, Media & Entertainment, Infrastructure, Convergent Technology and Pharmaceuticals.

Scott is on the fundraising committee of Great Ormond Street Children’s Hospital in London, one of the leading hospitals in the world for treating the most complex medical conditions faced by children.

After living in Paris and Rio de Janeiro, Scott is fluent in French and Portuguese.